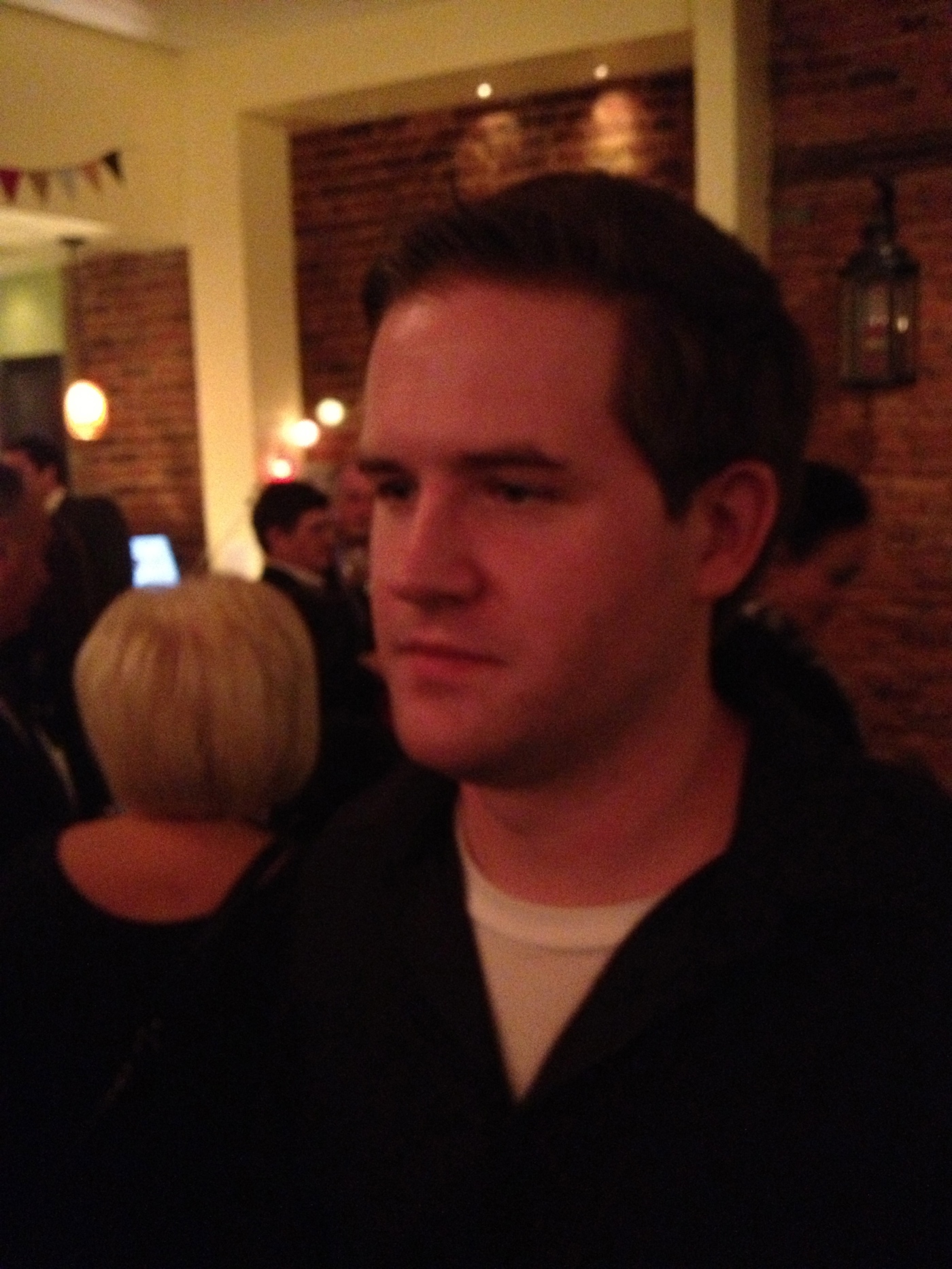 If Maura Tierney said that to me, I’d probably be okay with killing my jerk of a boss too.  Tierney plays Pat McBeth, writer/director Billy Morrisette’s Lady MacBeth in Scotland, PA, his unusual adaptation of the Bard’s Scottish classic Macbeth.

A lot of guys will do crazy things for love, but James LeGros’s “Mac” (Macbeth) certainly takes it the extra mile.  Tierney is the type of hot, cool chick with a wicked streak that a lot of guys would probably do unspeakable things for (not that I ever did).  Sure she can be a bit crazy and mean, but she’s got a certain appeal for men looking for something more than the typical girly chick.  She’s the type of girl who could chug more beers than your pals.  The type of girl who doesn’t mind having sex in the back room of a fast food joint.  The type of girl that brightens up your life and you’d do anything for because you want to keep her happy and you don’t want to screw it up. Mac, poor hapless schmuck that he is, gets sucked into her scheme to move up the fast food chain at the local burger joint where they both work.

Morrisette relocates the play from the castles and moors of Scotland to a thriving restaurant in a sleepy Pennsylvanian suburb in the 70s, which means the soundtrack is going to be chock full of classic rock hits.  Unfortunately, most of the tracks are from Bad Company, but despite the lack of variety, it’s still appreciated. If you don’t like the movie, you’ll probably enjoy the music at least.

The burger joint is run by Norm Duncan (James Rebhorn).  He’s a bit of dorky dad, trying to push his sons into taking over the family business, although they seem more interested in being rock stars or exploring their sexuality than managing their father’s legacy.  Norm steals good ideas from the underappreciated Mac, who actually works hard at his job and does have an interest in taking over the restaurant.  Norm is about to take Mac’s best idea, a drive-through window, and make a huge profit.  Does he thank Mac?  Apparently not enough or there would be no movie.  He makes one of his disinterested sons into a manager instead of Mac, which is really the last straw for this struggling burger flipper and his wife.  Tired of getting passed over, Mac and Pat take matters into their own hands, leading to one of the most ridiculous and hilarious ways to dispatch a character in Shakespeare’s history.  Without giving too much away, it involves a deep fryer.

The film’s most interesting characters are Mac and Pat, while the others are broadly drawn spins on Shakespeare’s characters.  They will make you laugh, but it’s hard to invest in any of them.  So when they start getting killed off as Mac slaughters his way to the top, you just kind of shrug.  So it goes.

Christopher Walken has an interesting turn as Lieutenant MacDuff who investigates Norm’s death after Mac and Pat take over the restaurant and turn it into McDonalds style fast-food joint.  Walken plays typical Walken, amusing and menacing at the same time.  While he puts some pressure on the main characters with his presence, he isn’t really much of a foil.  The last battle between him and Mac lacks drama, and while I wasn’t expecting an epic sword fight, it seems a bit anticlimactic.

There are plenty of clever spins on scenes and characters in the original story in Scotland, PA, and each of the changes fit the setting in the film.   Yes, Lady Macbeth/Pat has something that won’t come off her hands, but it isn’t blood.  And the three witches are in there, but they’ve been transformed into three stoners who hang around an amusement park.  One of them (Amy Smart), dresses like a fortune teller, promising Mac future glory in the restaurant business.

Scotland, PA is more of a dark comedy than anything else, but it’s perhaps only funny for the serious Shakespeare fan.  Other than that, aside from a few fun scenes, it’s fairly unremarkable, which is why it might be hard to find on DVD.  It lacks the drama and tragedy of the original story, which makes it difficult to invest in the outcome of events.  You can invest in the love story between Mac and Pat, who strive to achieve success as underachievers.

It’s a Macbeth adaptation that is about more than ruthless ambition.  Mac may be interested in becoming a big shot, but he does everything because he loves Pat and wants to make her happy.  While Pat may come across as manipulative, she sees her husband struggling and wants more for him and for herself.  She wants to live the good suburban life, full of big houses, flashy cars and swimming pools.

It seems odd to set Macbeth in a burger joint, since killing your way to owning a restaurant pales in comparison to becoming King of Scotland, but it works within the setting of 1970s America – the Me Decade.  The characters in the film are so well established that you understand that taking over this restaurant and making it into a successful business means as much to them as becoming King.  They are down and out, slaving away in their menial jobs and drinking themselves into a stupor in some suburb like every other poor sap and for a brief moment, they see a chance to take their piece of the American Dream.  Would you really blame them for trying?

Jay Reid is the Bard Brawl social media co-ordinator and contributor to its blog and podcast. His short film Byline is in post-production and due out later this year.

Really fun and clever and profound at times collection from #MontrealPoet Steve Luxton.