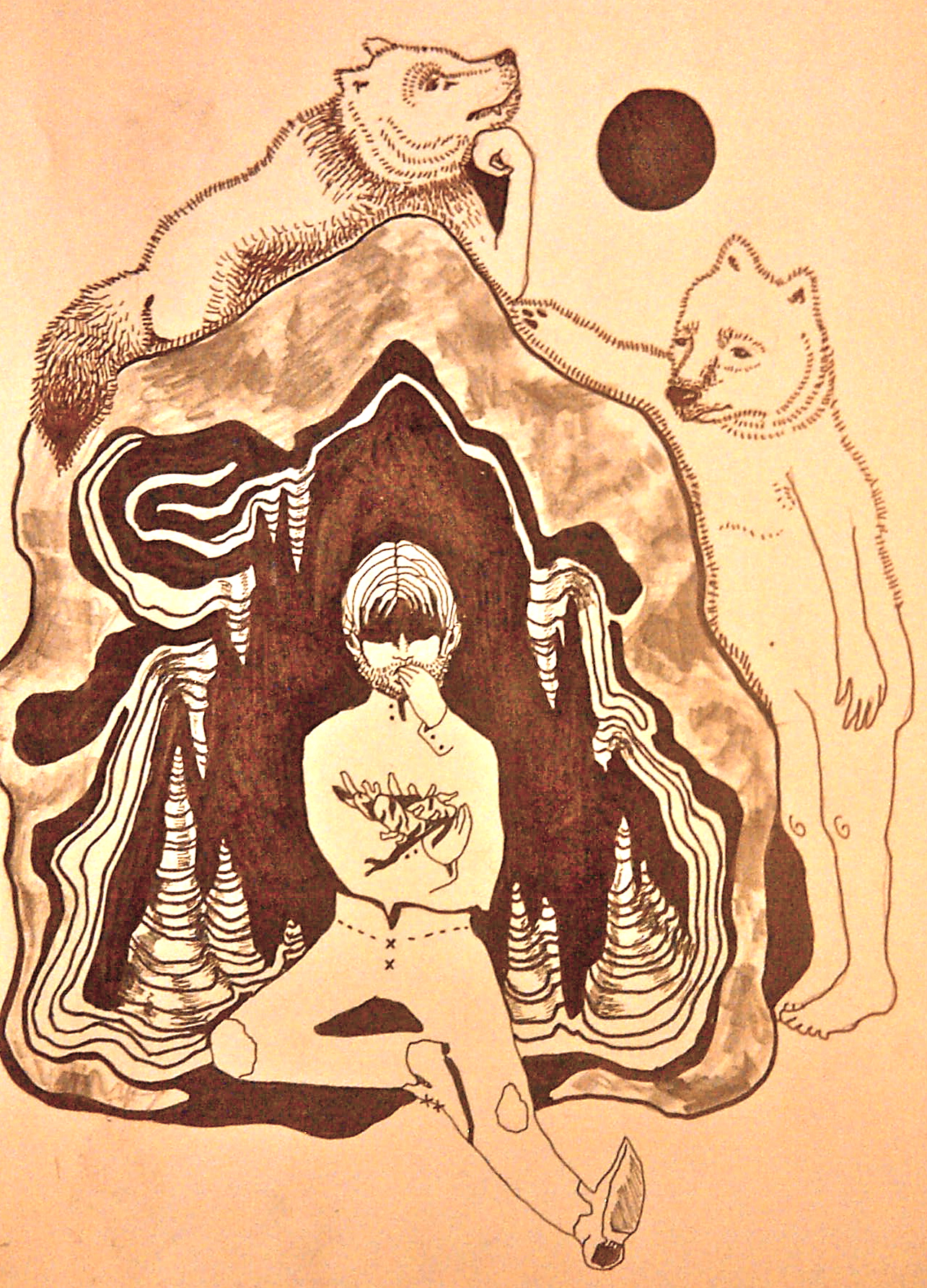 The rumours of Timon’s gold have reached the ears of our Painter and our Poet who, at the start of act V, are camped outside Timon’s cave discussing how they plan on separating Timon from more of his money. Having nothing to actually offer him, they instead decide that they will ask for money in exchange for a promise to deliver on a project in the future. How nice.

They are unaware that Timon has over heard their whole conversation. After letting them squirm and grovel a bit, Timon asks them if they have come to get gold, like the others. They admit that they heard he had money again but that this had nothing to do with why they are at his doorstep. He plays long for a little bit and messes with them before finally chasing them off.

Moments later, Flavius arrives, leading two Athenian senators. It would seem now that they are willing to welcome Timon home. And coincidentally, they need his help to try to talk Alcibiades out of razing the city to the ground. Once again Timon pretends to play along only to flip everything around into some variation of “&@!# off and die!” (Look for some of the choice insults and curses in the upcoming speeches podcast!)

The senators eventually get the message but as they go to leave Timon in peace, he tells them not to return and that this sea-shore shall be his eternal resting place.

The news of Timon’s refusal is relayed to the city of Athens in scene 2 before turning to a lone soldier by Timon’s cave in scene 3. He expected to find Timon but instead he sees only a tomb. The illiterate soldier cannot reads the inscription so he uses some wax to make of copy of the writing and heads back to his captain, Alcibiades.

The final scene takes place just outside Athens, with Alcibiades’ army ready to besiege and conquer the city. The senators begin to plead with the general. They make the case that while he has just cause to seek retribution against some people in the city, that not everybody is equally guilty of his exile, that they just wanted to give him some time to cool his temper. In fact, it would seem that those people who did him wrong have died of an excess of cunning.

They invite him not to kill everyone but, if he really wants vengeance, to decimate the town instead, as in to kill one in every 10 people. They will not even oppose him. Timon relents and accepts instead to put to the sword whoever the senators will identify as the guilty parties and spare every one else.

At the very end, Alcibiades reads Timon’s epitaph and then enters the city, promising to help sets things right in Athens.

Is there a moral to this story? Was anything accomplished by Timon’s death? I’ll leave that up to you to decide.

This wraps up our eighth play and our final play of 2013!

Stay tuned for the upcoming speeches podcast. And send us your suggestions for which play you would like us to tackle next!

Join us by contributing to the Bard Brawl journal volume I at our Indiegogo page.