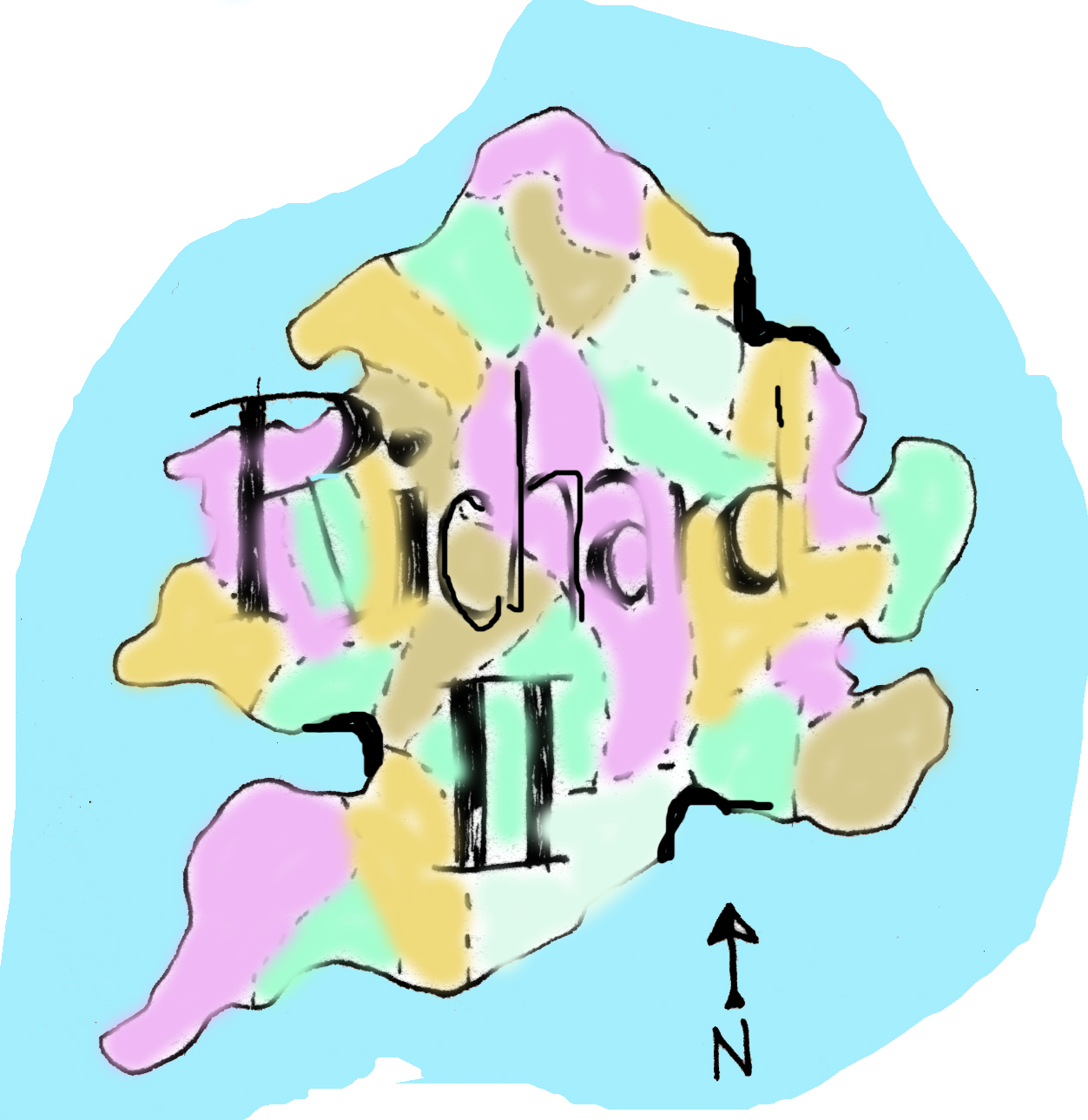 Welcome Brawlers to the Bard Brawl’s tenth play! To celebrate our historic achievement, we bring you Shakespeare history play The Life and Death of Richard the Second. It’s also called Richard II.

We haven’t even started yet and you’re already confused, aren’t you? You’ve listened to our Henry VI part I podcasts and thought “I like that all these heads are rolling but I just wish I knew who they belonged to!”

Lucky for us, Shakespeare learned quite a bit about writing history plays between writing his first tetralogy (Henry VI parts I, II and III, and Richard III) and the second tetralogy (Richard II, Henry IV part 1 and II, and Henry V)

If you need a reminder about the chronology of the plays, check out the first part of introduction to Shakespeare’s history plays about the War of the Roses.

Boom. Now you know everything.

Turns out that fewer characters, clear motivations for characters and a stronger plot arch combine to make a much better play. Don’t worry though, there’s still plenty of death and betrayal.

The play starts at King Richard’s court. Henry Bolingbroke (the Duke of Hereford) is accusing Thomas Mowbray (the Duke of Norfolk) of treason. Specifically, Bolingbroke accuses Mowbray of the murder of the Duke of Gloucester as well as stealing royal funds. The two men want to be allowed to settle the matter with a duel. They play a little ‘he said, she said’ and the king asks his uncle John of Gaunt (who is also Henry Bolingbroke’s father) to help calm everything down. When that fails, the King sets a date for a trial by combat, the only civilized way of putting an end to the finger-pointing and the name calling.

The Duchess of York is pleading with John of Gaunt to take a direct hand in avenging the death of Gloucester in scene 2. She’d like nothing more than for Gaunt to grab a buddy like Carl Weathers or Bryan Genesse and go Street Justice on Mowbray.

He tells the Duchess to forget the uncouth vigilante curb stomp. They’ll just have hope that Bolingbroke kills Mowbray for them.

So scene 3. We’re at the Coventry grounds which is the jousting a duelling field where the big trial by compact is about to take place. Henry Bolingbroke and Thomas Mowbray are all armoured up, on horseback, lances levelled at the opponent’s chest, ready to charge. The herald-ringside announcers introduce them, the intro music plays and the trumpet sounds the charge, this is it!

And then the king stops the fight and orders the fighters back to their corners.

Instead of a nice clear fight where this would be settled once and for all, one way or another, the king decides he’s just going to banish both of them. Seeing that he’s such a fair guy though and doesn’t want to play favourites (we know he’s fair because King Richard tells us, right?) he decides that he will banish Mowbray for life and Bolingbroke for 10 years. Of wait! Is that John of Gaunt I hear crying? No worries, let’s make it six years for Bolingbroke.

I’m sure everyone will agree that this is totally and completely fair and that no bad feelings whatsoever will ever come out of this.

As soon as Henry Bolingbroke leaves in scene 4, Richard starts thinking about how popular Henry is with the common people of England. He starts wondering if this is going to be a problem when Henry comes back in 6 years. (It will be.)

What do the King’s right hand men do?

“Hey, remember all this fighting we need to do in Ireland? We might want to get started on that.” The king agrees with him but, seeing as he’s short on cash from throwing too many parties, he sets up an aggressive taxation scheme which I am sure will not at all make him more unpopular with the people of England.

Before they leave, however, Sir John Bushy arrives with an announcement that John of Gaunt is on his deathbed. Did someone say free money? Seeing as John of Gaunt is one of the richest men in England, King Richard “The Vulture” flies to Ely house, ready to scoop up his lands when he dies.

If you’re still having a hard time following along, here’s a list of the major characters which appear in this act:

I wonder how Henry Bolingbroke will feel about the king taking his inheritance away from him like that? 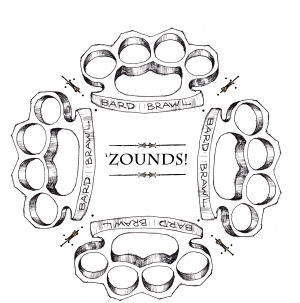