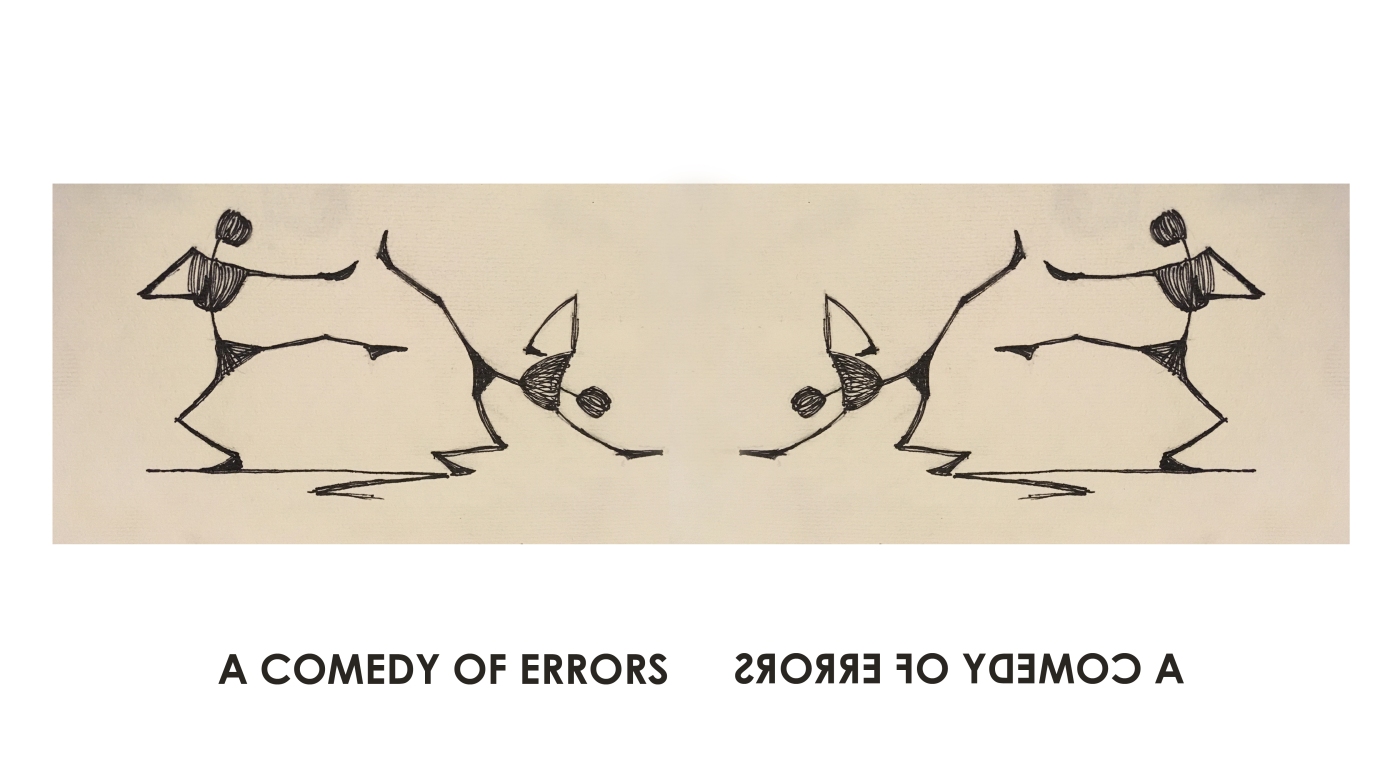 The feature logo for The Comedy of Errors is brought to you by Mezari designer Stephanie E.M. Coleman. We think it’s pretty rad.

Welcome to Act I of  The Comedy of Errors brought to you by the Bard Brawl. And happy birthday, Will!

We think it’s your birthday, anyway. Although Google may disagree or else feels that you’re not important enough for a doodle this year. I mean, you were baptised on the 26th of April so April 23rd seems like good enough of a guess, right? It also happens to be the day you died on. Weird.

Well, we promised it, and at last we’ve delivered.

Nope, once again it’s not act V of Titus Andronicus, even though you promised you wouldn’t bring it up again.

It’s a brand new play with a brand new Bard Brawl format. Instead of reading out each act of the play in its entirety, we’ve picked out some of our favourite bits. Kind of like a sports highlight reel but unlike this shameful display, or this one, there are no losers and the commentators don’t speak in those awful sports jock radio voices.

In between these speeches, which will be read by a revolving cast of Brawlers, our Bardic talking heads will try to point out what we think is interesting, noteworthy or just plan awesome about each act.

So grab a listen, subscribe and tell us what you think as we go pound for pound with the birthday boy!