You’ve got a week left to check out the play with the bard’s most famous stage direction of them all at Bard on the Beach. The Winter’s Tale will leave you roaring or bleating, depending on your spirit animal. (Photo & Image Design, David Cooper & Emily Cooper) 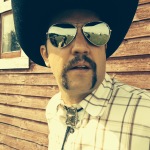 There are seven days left to check out one of the Bard Brawl’s favourite venues for Shakespearean plays, so, those in the Pacific Northwest, what are you waiting for.

Let’s have a look at Bard on the Beach‘s production of The Winter’s Tale.

BOB’s Winter’s Tale is its traditional production of the season, and it’s a fine production to be sure. My mom was very excited about the costumes.

I caught the BOB’s 2006 production, which was also good. The 2017 had a little more to it production wise, which paid off in spades.

How did director Dean Paul Gibson do?

Very good I have to say.

This play is no easy play to put on.

For those who haven’t read or seen it a brief synopsis:

King Leontes (Kevin MacDonald) of “Bavaria” (with a coastline and everything. Who said global warming is a modern issue) is all in love and happy with his wife Hermoine (Sereana Malani), but then he notices his wife is spending a little too much time with his bestie King Polixenes (Ian Butcher). Are they holding hands?! OMG, kill them all. So yeah a bunch of jealousy, the pregnant queen “dies” in jail, and the king wants to kill the baby too, so ferried away the young Perdita (later Kaitlin Williams) is. She’s saved from a bear (poor Antigonus (Andrew Wheeler)), found by a Sicilian shepherd, meets Florizel (Austin Eckert) 16 years later, who may also be royalty, and then it’s all wrapped up in the end back in Bohemia. There are sheep, there’s a bear, there’s magic and there’s a guy picking everyone’s pockets throughout.

Just go see it. It will all make sense.

Before anything else, the question is: do they pull off the following quote.

Antigonus: This is the chase, I am gone forever.

[Exit, pursued by a bear]

This is the highlight of the show that everyone is waiting for, and like Mark Antony’s speech, “my kingdom for a horse,” the murder of Duncan or “to be or not to be,” directors need to nail this one.

Does Gibson in fact, nail it? Absolutely.

Wheeler is great as Antigonus and the bear is incredible, as is the creepy appearance of Hermoine with eyes pulled out and everything. I was actually a little worried my niece would be traumatized by that image.

Props to designers for choosing a bear breed native to the Pacific Northwest, and extra credit for actually having the bear on stage and attack Antigonus rather than the always disappointing roar offstage.

Ok. That’s out of the way, and how about the rest?

This play is not easy to direct or produce, as it’s essentially two plays in one: the cold world of men and court in the first half, and the pastoral matriarchal world of the second half. How do you make them both work, so the play comes off as a single story. Both bard brawl co-captain Eric Jean and I studied this under the wise tutelage of Dr. Kevin “K-Pax” Pask, and it helped a bunch to understand the finer points that can whizz right by if you’re not paying attention.

Gibson does a good job at balancing the two halves, and using simple, but effective stage pieces to illustrate greater themes.

One criticism I had was the intensity of some performances in the first act.

My brother and I were chatting after about actors taking it up to 11 and keeping it there for too long, which a few did. It’s a little wearying and a few of the performers could have used a drop in intensity at times during the first half.

MacDonald, however, gets top marks for his jealous and tortured tyrant turned suppliant and guilt ridden victim. He, most of all actors on stage, varies his performance giving it a depth needed in such a complex character.

Oh, and the sheep… Amazing

The second half, with it’s pastoral airiness and light humour is incredibly designed, well acted, fun, funny and a joy to watch. Williams and Eckart are all charm and aided by the humour stylings of Autolycus (Ben Elliott), who’s great.

The play wraps in one of the bard’s finest endings that Gibson’s production does incredibly well. The magic of it all leaves that, dang. Yes! That’s why I like the bard feeling inside, and makes the whole thing wrap in a nice bow.

So, in answer to the “what did you think?” question everyone gets after leaving a play. Here goes.

The BOB’s 2017 version of The Winter’s Tale is a well-balanced, well-acted and incredibly designed show though almost too heavy at sections towards the front of the play. The play is one of the purists to be sure. The theme is tricky, the language heavy and some of the aspects of it take a little suspension of disbelief as well as critical study. That study, my friends, makes everything better.

Be well and let us be all so luck as to exit, pursued by a bear.