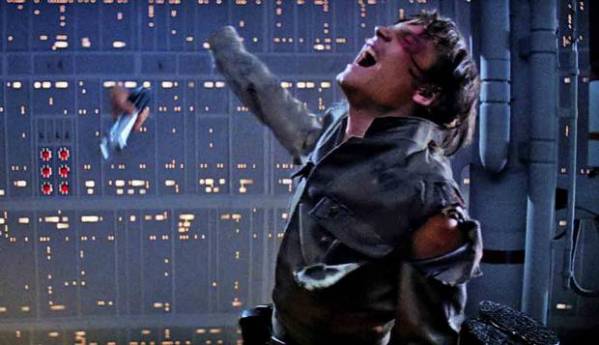 Welcome back Brawlers to the Bard Brawl! Apologies for the delay but we had some technical difficulties with scene 2 of our recording. It got cut off, just like Lavinia’s tongue and hands, and just like (spoiler) Titus’s right hand.

In the end, we wrangled up some designated hitters and powered on through to bring you act III of Titus Andronicus!

Lavinia was raped and mutilated, Titus’s lemming sons Martius and Quintus have been framed by Aaron the Moor for it, and now Titus is begging the tribunes and senators not to put them both to death.

He’s begging his little heart out but they just pass him by and ignore him. He keeps pleading until his son Lucius shows up and points out that he’s standing on the street alone and no one’s there to here him beg for his sons’ lives. It’s not looking great.

Also, bad news: Lucius tried to rescue his brothers so now he’s been banished from Rome. More bad news: Titus sees Lavinia for the first time since Chiron and Demetrius raped her.

Thing’s aren’t exactly looking up for Titus but then Aaron shows up and tells Titus that if either Lucius, Marcus or Titus chops off their hand and sends it to the Emperor, that he’ll spare Titus’ sons.

The three of them argue about whose hand should be cut off but then Titus sends Lucius and Marcus off to get an axe to do the chopping and while they’re away, Titus has Aaron cut off his hand.

Why did Lucius and Marcus run off to get an axe? What the hell did Aaron use to cut off Titus’ hand? Come on, Shakespeare. You’re better than this!

Lucius and Marcus come back and Aaron runs off to deliver the hand. And then a few minutes later, a messenger arrives carrying the heads of Martius and Quintus. Oh, and Titus’ bloody hand.

That didn’t go so well. Maybe cutting off your own hand wasn’t the smartest move, dude. Kind of like stabbing your son to death was not too bright.

Well, since Titus pretty much has nothing left to lose, it looks like it’s time for some epic level revenge!

For starters, Lucius flees Rome and plans to recruit an army of Goths to overthrow Saturninus and Tamora. (Not sure why they would want to join the fight with the son of the guy who stomped them into the ground and stole their queen from them, though. Guess when someone offers you a chance to sack Rome, you take it.)

Meanwhile, in scene II, Titus and Marcus plan out how to kill Aaron. Actually, Marcus mostly tries to do that while Titus spends a lot of time whining. Then Marcus kills a fly, a black fly (get it?), and it’s as if the idea of killing Aaron occurs to Titus for the first time.

Heck, if between the two of them they can kill one fly, then for sure they can take on the Emperor, Tamora, Aaron and their cronies. Makes perfect sense.

But before that vengeance goes down, time for dad to read depressing stories to his daughter in a closet, while young Lucius watches.

Stay tuned for the next scene, where I’m going to assume some more people die.

Also, welcome back to the pod the Bard Brawl’s original sonneteer Maya Pankalla with sonnet 63!

Check out the rest of the amazing writers and artists in ‘Zounds!