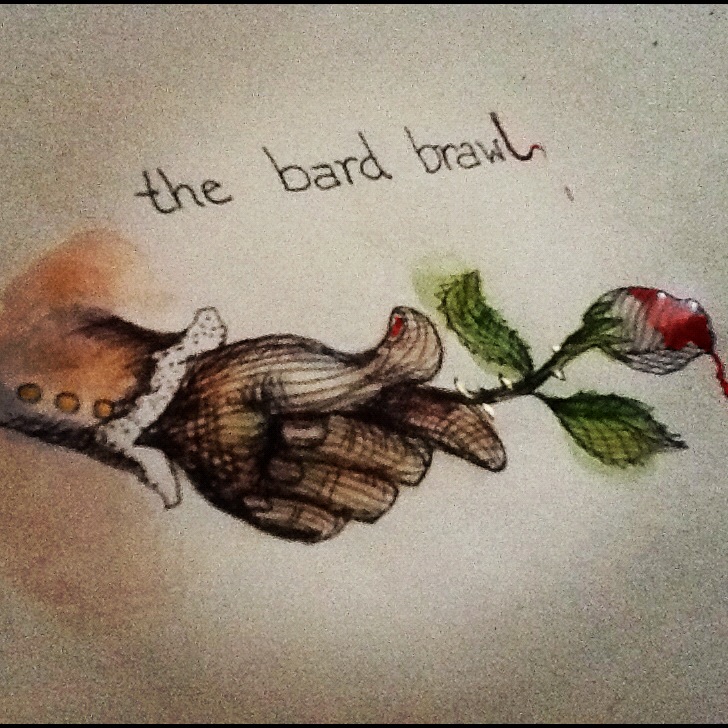 Welcome to the final act of Henry VI, Part I.

Listen to the podcast – here –

After the deadly siege of Bourdeau and the deaths of Talbot and his sons, at the start of act V the English nobility is gathered in London to hear a letter from the Pope and the Holy Roman Emperor. (The War of the Roses takes place before England becomes protestant. Catholic is the only kind of Christian around.) They strongly suggest that England and France work out their differences. The French Duke of Armagnac, who also signs this letter, offers to have his daughter marry Henry to cement this peace. Henry’s not pleased at that thought but he agrees to do what’s best for his country. We also discover that the bishop of Winchester has since bought a cardinal’s office and that with his increased authority, he intends to undermine Gloucester‘s authority.

Back to France. At the start of scene 2, the French forces are gathered at Anjou and prepared to march to Paris to support the locals fighting there but a messenger arrives and informs them that the English army – routed earlier – has since regrouped and is ready to fight.

The next scene stars with Joan alone on stage. She is pleading, not with agents of God but rather with fiends from the “regions under earth.” She asks them for one last favour, which would drive the English from France but they abandon her.She leaves the stage and when she returns, she’s fighting with the Duke of York who manages to capture her. The French forces flee as soon as she is taken. She curses both York and Charles before she’s carried off to be burned at the stake for witchcraft. The stage is cleared and Suffolk comes on with his ‘prisoner,’ Margaret, daughter of Reignier. (You’ll remember, and this will be important in a bit, that while the King of Naples has an impressive title, it’s a title almost devoid of actual power.) The rather creepy Suffolk, who is in love with Margaret but who is also married, decides to woo her an Henry’s behalf. He convinces her to agree to marry the king (where he hopes he will be free to pursue an adulterous love affair with her). He then tells Reignier who is all too happy at the thought of his daughter marrying a king.

Scene 4 is the scene of Joan’s burning. She’s escorted in by a guard and is accompanied by a shepherd who claims to be her father. Joan denies this, claiming descent from aristocracy. he tries to get her to repent. She tells him off so he just says, the hell with it, burn her! She tries to convince York that she is noble born but he doesn’t seem either to belive her or care. Warrick asks them – because she’s a virgin – to make it a big fire so it will be over quickly. Seeing that this has had no effect, she tells them that she’s pregnant. York seems to have guessed she would say that, and suggests that she’s the furthest thing from virginal. She then names pretty much every member of the French court as potential fathers. York has heard enough and orders her to be carried off and burned (No, we don’t get to see it). Winchester then arrives from England and informs York and the others that there will be a peace treaty and the that wars in France are over. York is worried this means they’ll lose france, but Warrick is more optimistic. The French court join them in the camp. The cardinal delivers the terms: if the French swear fealty to henry, he’ll let Charles govern France as viceroy. He agrees.

We return to the palace in London for scene 5. Suffolk is hard at work convincing Henry to marry Margaret. The king – who seemed more interested in books before – now becomes obsessed with marrying this woman he has never seen. Henry asks Gloucester to give his consent. He refuses, reminding Henry how, in the interest of peace with France, he is supposed to marry the Duke of Armagnac’s daughter. Suffolk tries to play in Reignier’ title as King of Naples but Gloucester deflates him by mentioning that, despite his titles, the King of Naples is a broke nobody. Suffolk plies the king hard and he eventually convinces henry to marry Margret, regardless of what Gloucester says.

So much for peace.

I’ve been trying to make a case for what works in this play. But here are some of the problems.

One of the confusing aspects of this play is how many plot events appear to come out of nowhere. This whole business with the marriages in the final scene feels a little tacked on and, after the tragic deaths of Talbot and son, is a bit of a downer. Fact is though, this isn’t a problem of just this so-called “bad play.” Even some of our favourites suffer from some plot problems like this. In fact, we’ve said this about act V in Coriolanus which is a Bard Brawl favourite. I’m tempted to call this the “Act V Slump.”

Also, the Cardinal of Winchester-Gloucester subplot seems to go nowhere. The play opens with this power struggle between them, and their forces come to blows over the course of the play, but nothing seems to come of it. Even at the end of the play, after he’s been made cardinal by the Pope, Winchester is still talking about how he’ll show Gloucester. Except we’ve heard this about five acts ago and nothing has changed since. He said he would steal the king, that he would be a force of evil against England… but here he is in act V delivering the peace terms as ordered. The only sinister thing in the scene is how he tells the legate to take the cash he needs to pay the Pope for his office. Not exactly the “chiefest stern of public weal” he vowed to be back in act I! In fact, lust-sick Suffolk seems to do a much better job of screwing the kingdom and the Lord-Protector than Winchester ever even comes close to doing in this play.

And of course, there’s the Joan of Arc problem which comes up in this act. In act V, scene 3, Shakespeare pretty explicitly confirms the English’s interpretation of Joan of Arc as a sorceress when he has her speaking and pleading with demons. Up until this point, it was entirely possible to side with either the English or the French, to think of her as either a witch or a saint. This is probably one of the moments which are the least “Shakespearean” in the play and which – despite the many enjoyable part so the play – make it inferior to some of his later history plays.

As a rule, Shakespeare is much more interested in asking questions than in providing answers. His plays rarely seem to completely support one interpretation over another, especially when it comes to controversial figures. Like Joan of Arc. Remember how, when I wrote about act II of Coriolanus, part of the appeal was that the play asked us to decide what to make of Coriolanus: despot or war hero? Same thing with Shylock, or Antonio’s ‘mercy’ in The Merchant of Venice. the interpretation is up for grabs.

By writing in this scene the way he does in Henry Vi, part 1 he robs us of that decision. That weakens the tension and the drama of the play by breaking things up into clear categories of good and bad. If he had written this play later in his career, I’m pretty sure that this scene would have been changed or left out.

(In my opinion, this type of ‘talking to demons’ scene is much more typical of Marlowe. Very much Doctor Faustus stuff. Fun fact: Doctor Faustus would likely have been staged around the same time – within a year or so – as Henry VI, part 1. Could it be that demons were just the “in” thing that year?)

Next week, we’ll go over some of our favourite moments of this play.